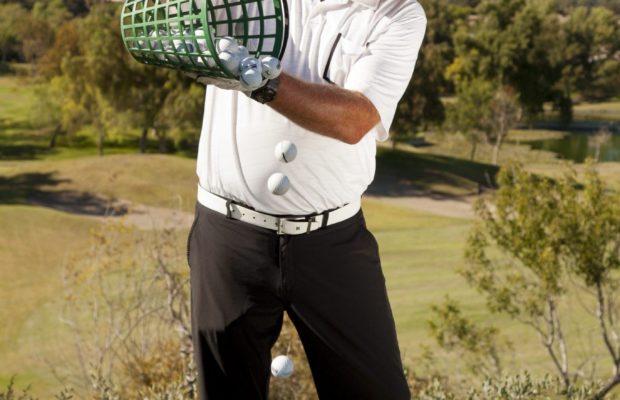 For all the golf instruction information out there on the web, there’s surprisingly little about a basic about lessons: How to take one. Or, moreover, how to take one, get the most of out of the instruction and time and then make the lesson stick.

Golf pros Paul Miernicki and Troy Ferguson of Twin Oaks golf course in San Marcos, Calif., synthesized some tips from the hundreds of lessons the course staff provides each year.

What follows are their combined thoughts on how to get the best results from lessons with a process of preparation, execution, review and, perhaps most important, post-lesson practice.

Whether you’re new to the game or have taken lessons for years, there’s likely something you can glean from this.

FYI: We’re using a 30-minute lesson as a reference.

It may seem obvious, but the first lesson of lessons is to know how to ask for one. Besides the general areas of full swing, short game and putting, it’s incumbent upon the player to be specific and honest about what needs to be addressed.

Mental issues that commonly come with the natural struggles of the game can even be a lesson, but a starting point has to be identified.

“The more specific the better,” Miernicki says. “And actually taking on one thing in a lesson is plenty.”

Ferguson says a good instructor will limit a lesson to one or two areas, but many players make the mistake of trying to overload the lesson.

“It’s 30 minutes and you can’t fix it all,” Ferguson says. “If alignment is your issue, for example, you need to work on alignment for a week or two.

“If it’s your grip, you need to focus on your grip. There might be a multitude of issues that need to be addressed individually. That takes time.”

But Miernicki says there’s victory in merely striving for change, citing the mantra, “If you keep doing what you’re doing, you’ll keep getting what you’re getting.”

That’s a change many golfers don’t ever embrace and play lesser golf because of it.

Especially as players age, their swings are often limited by what their bodies will allow. These limitations are often obvious, but sometimes not.

“Body type often dictates swing,” Ferguson says. “Shoulder injuries in particular can be very limiting. But those also are some of the people that need the most help to be able to continue to play and enjoy the game.”

In some cases, the instructor may be able to recommend swing changes or adjustments that better protect the player’s health. Or sometimes therapies or stretching regimens can be recommended to assist with such issues as decreased flexibility.

A golf lesson is the start of a process, not a magic bullet.

Part of that process is realizing what can be accomplished.

“You can’t be a scratch golfer when you shoot 90 now and you have an hour a week to work on your game,” Ferguson says. “You’ve got to adjust your expectations.”

Ferguson says a good set of questions to ask yourself before committing to a series of lessons are these:

1) What do I ultimately want out of the game of golf?

2) How much time do I have to commit to that goal?

3) Given that time, are my expectations realistic?

“Expectations may not meet reality,” Ferguson says. “This game is hard. You don’t learn it overnight.”

Knowing what you want from your lesson is one thing. Telling the instructor what your lesson needs to be is another.

You come to an instructor to hear the truth. Now it’s time to listen and be prepared to hear it, accept it and provide feedback toward correcting it.

Trying to guide or override the lesson only hinders progress, Ferguson says. “You need to come in with an open mind.”

Ferguson likens teaching pros to other “pros” people commonly have in their lives.

“When your mechanic say it’s your radiator or your doctor tells you it’s a torn knee ligament, you don’t second guess them and say it’s something else,” Ferguson says.

“You’re welcome to a second opinion, but at the moment, this is your expert and your need to respect that.

It’s normal for the first few minutes of a lesson to replicate first-tee jitters. Don’t sweat it, Miernicki says. Forget it and embrace the process. But above all, enjoy your time.

And remember: Bad shots provide as much feedback as good ones. Take the good with the bad, but Miernicki says the good shots are the ones that aren’t treasured enough.

“We all focus too much on our bad shots. Focus on success. Focus on fun.”

Ideally your improved results will mostly be doing this for you, but Miernicki says perhaps the most important part of his lessons are the 5 minutes he specifically designates at the end for review.

He wants his client to verbally express what has been learned and how.

“If what I’m saying isn’t what you’re hearing, I need to know,” he says. “We might need another approach.”

Most important, proper review leads to retention, which leads to repetition and the player being able to replicate the results on their own.

Ideally, what’s covered in a lesson should be repeated and practiced once or twice on the range in the next week, or, as Miernicki prefers, in a nine-hole round.

Along the lines of limiting practice to a concentrated amount, Ferguson says the first post-lesson practice should be done with a small bucket – 35 balls.

“Practice is about the quality of practice, not the quantity,” he says. “You will value the shots more if you’ve got a small bucket. When people have a larger bucket, they tend to just beat balls.

“If you only got 35 balls, if you hit a bad one, you’re more likely to step back and try to self-diagnose and focus on the next one. That’s how you improve.”

Ferguson says the sure way to waste a lesson is to just “give it two minutes the next time you’re on the range.”

To that end, Miernicki says most golfers haven’t been taught how to properly use their range time. Too many flail away with one club before just moving onto the next.

He says for most average golfers, the perfect number of range balls is 60.

“Think about it. If you shoot 100, that’s probably 40 putts. That leaves 60 shots. Practice those 60 shots, and that doesn’t mean hitting driver 10 times in a row. How often do you do that during your round? You don’t.”

Miernicki says the best practice is a simulated round, meaning replicating the sequence of shots played on the course.

Retaining learning from lessons and improving practice habits are two of the biggest keys to improving, Ferguson says, but it takes time and commitment for those things to become a habit.

“If you don’t make that commitment, you’ll just go back to doing what’s comfortable,” Ferguson says. “That’s not how you improve.”